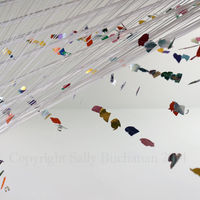 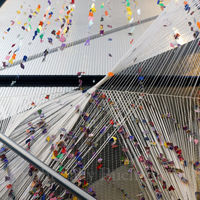 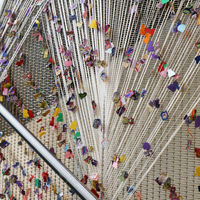 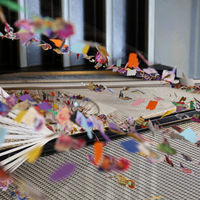 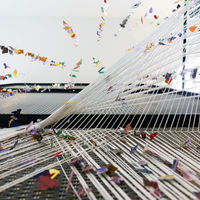 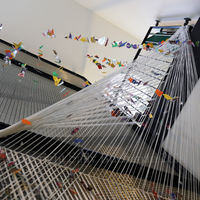 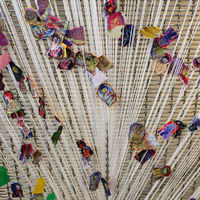 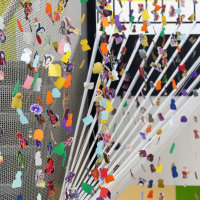 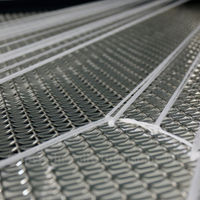 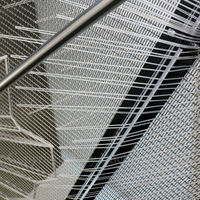 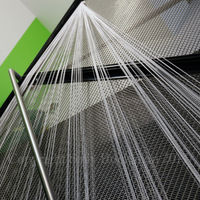 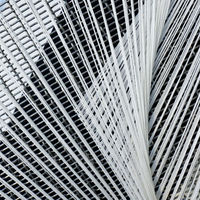 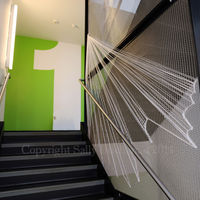 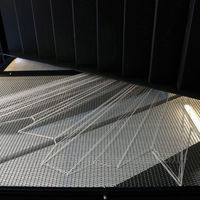 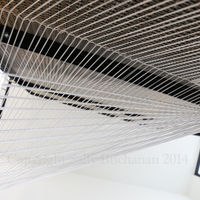 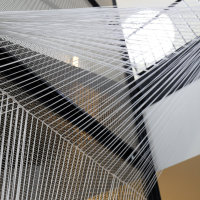 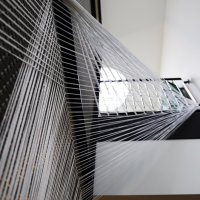 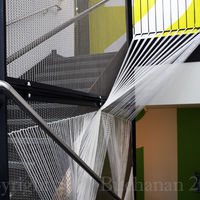 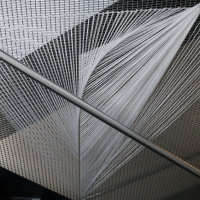 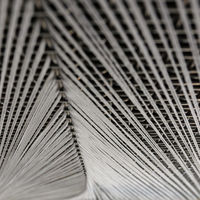 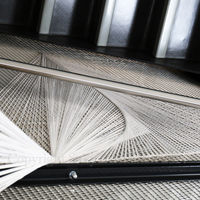 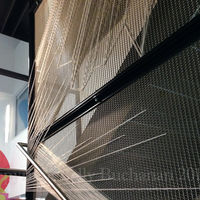 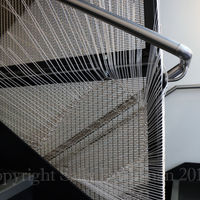 This
installation
was originally
made at the invitation
of the curator Emma Monteil
for the Suspended Bodies Exhibition
in the at The James Wigg
Practice at Kentish
Town Health Centre, Bartholemew Road, London NW5
between 19th September - 13th November 2014. Initially the threaded installation
spanned across three floors of "The First Stairwell" in the Health Centre and whilst following
the pathway up from the ground to the healing spaces above all manner and forms of energy came by.
Initially, the images here show the time frame suspended for a moment and by translating the normally
dimensionless
energy down into 3D and then into 2D , the transformation allows a glimpse of what may be or will be or have actually
been there. The work responded directly and intuitively to the perceived energy of the space and was intended to facilitate
uplift
and to potentiate shift. Reclaimed nylon cord was woven delicately and directly into the mesh of the existing archItectural screens.
At the end of November 2014 the ground and first floor layers were removed but fortunately a most fortuitous collaboration with print artists Jairo Zaldua and Nicola Green enabled the second floor layer to linger a little longer by way of integration into the Imaginary Friends Project The Imaginary Friends workshop and installation included 3 afternoons of interactive performances by the dancer Katsua Isobe The combined installation remained until removal on 12th and 13th January 2015.