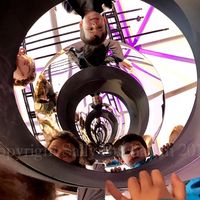 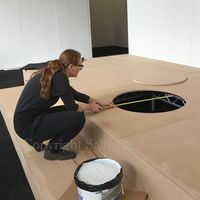 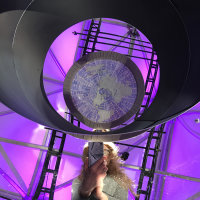 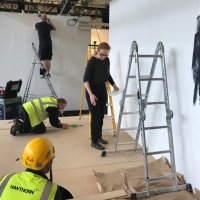 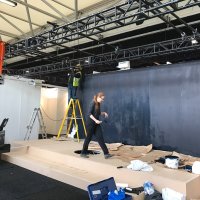 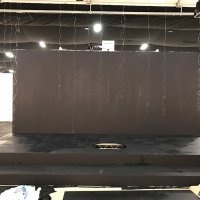 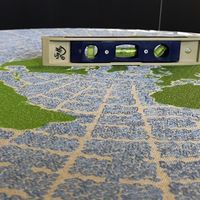 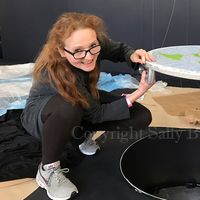 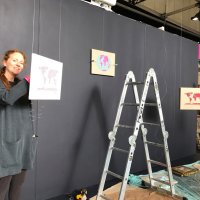 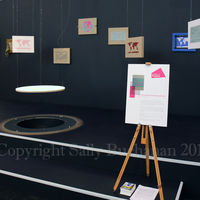 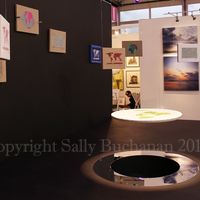 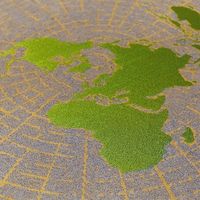 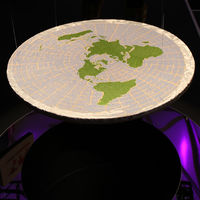 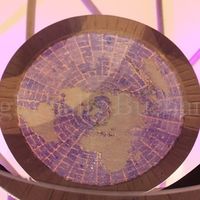 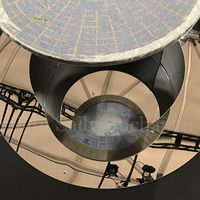 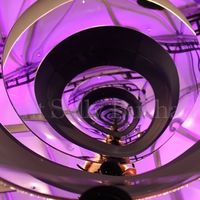 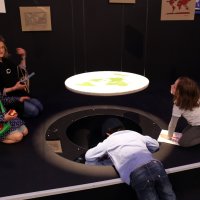 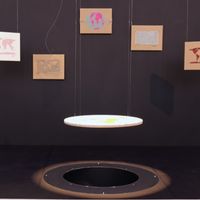 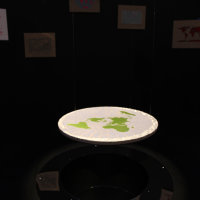 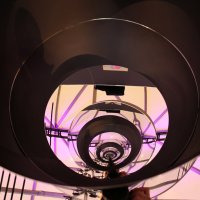 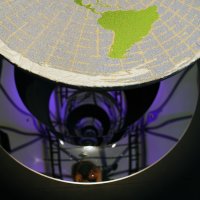 Platform project installation made for The Affordable Art Fair Battersea, London March 9th-12th 2017
The Anthropocene Age is the theoretical time when man's activities began to have a significant impact on the Earth's geology and ecosystems. It is not yet officially recognised as a geological epoch, although proponents say it probably began as a distinct part of the Holocene in the mid 20th Century, The Holocene started immediately after the last ice age, about 11,800 years ago. In the grand scheme of things this is a very short time as compared to the age of the earth which is thought to be about 4.54 billion years old.

This Installation echoes the relatively short term yet dramatic influence. It is represented as a series of detailed embroidered maps, in themselves, they are relatively fragile and would not stand the test of geological time. The installation subverts different map conventions, questioning how we perceive and manipulate our planet.The small maps were originally developed in 2015 and began life as the Unfixed World project ; they are like cartoons, serving to document the artist’s numerous interpretations of both serious and satirical geo-political and environmental themes. The 80cm diameter central world map, the focal piece, is the Polar Azimuthal Equidistant Projection, which is used for calculating flight paths and for seismic and radio work. It’s also the basis of the logo for the United Nations Flag and most ironically of all, it’s the contemporary “Flat Earth Society Map!” This “as if a flat earth” is suspended precariously like a pendulum or a clock above the void and is surrounded by a mirror which cannot fail to reflect the self of the viewer. The spot light above is the North Star which is the focus of rotation of our night sky.